9 of the Best Golf Courses on the Gold Coast 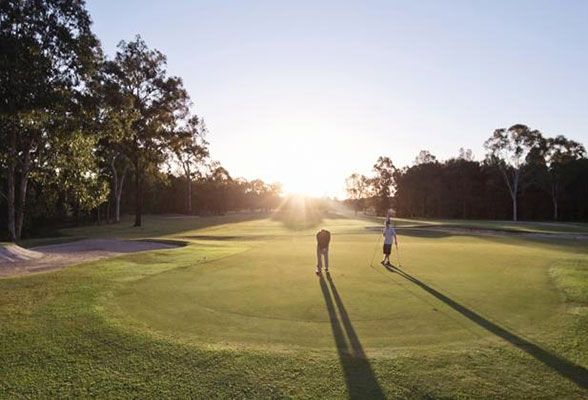 Whether you’re planning to play 18 holes on a world class championship course, or you just want to practice your swing on a driving range, you won’t be short of places to test your skill.

Some courses are members only, but you’ll find plenty open to the public – nine of which are ranked in the top 100 golf courses in Australia. Since there are so many golf courses, it can be difficult to choose the best one for you, so here’s our guide to some of the best golfing on the Gold Coast.

Surrounded by 230 hectares of bushland and incorporating a sanctuary for flora, fauna and dozens of native Eastern Grey Kangaroos, Gainsborough Greens has an exacting layout that’s perfect for experienced golfers. Open since 1990, it’s played host to the Queensland PGA between 1991 and 1993, and is one of the most elite courses in the area. 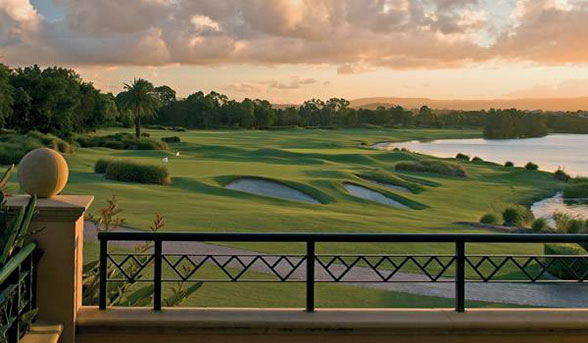 The 15th best golf club in Australia, Links Hope Island has a course consisting of two loops of nine holes. Based on Hope Island, it’s more than just a golf course; it’s a place to eat, drink, and practice your techniques on a par-72 course interspersed by 128 challenging pot-style bunkers, situated in a spectacular paradise of rolling green hills. 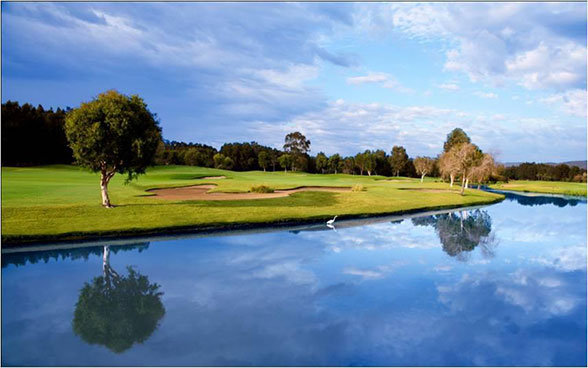 Located on Lakelands Drive in Merrimac, this 18 hole, par-72 golf course was the first Jack Nicklaus signature course in the country. Once ranked 20th in Australia, Lakelands Golf Club boasts a cascading waterfall, an extensive practice facility with 5 target greens, and undercover hitting bays for those times when the weather doesn’t want to play ball. 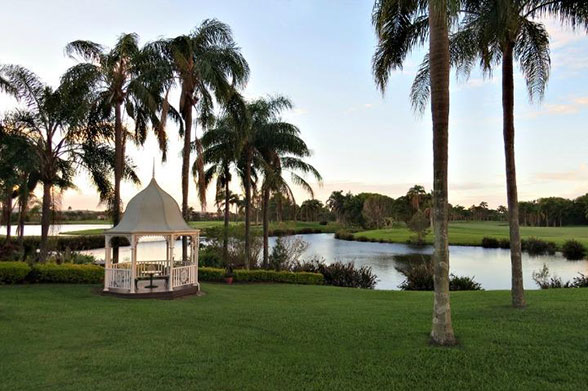 Just a fifteen minute drive from the Islander, you’ll find the 18 hole, par-72 Palm Meadows Golf Course. Designed by Australian golfer Graham Marsh, there’s water features at 14 of the holes, 82 sand bunkers, and it measures in at 6,319 metres long.

Probably one of the best all-weather courses in the state, this par-71, 5833 metre course is designed around groves of cabbage palms. Sanctuary Cove is known for its luxury, its kangaroos, and the fact it recently played host to world famous band ‘One Direction’. Having just undergone an $8.8 million dollar reconstruction, it’s got everything, including a golf cart complete with GPS – just incase you get lost. 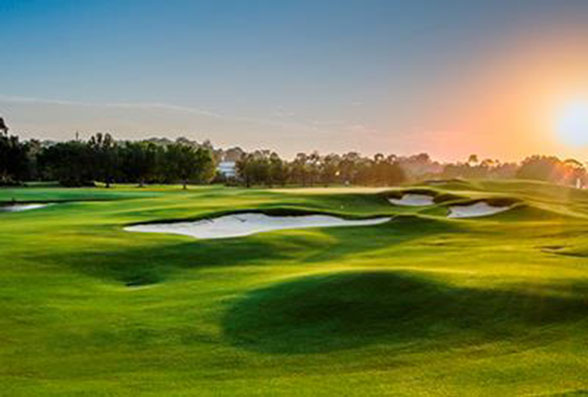 Based on the banks of the Nerang River, Royal Pines boasts three superb courses and continues to set the benchmark for the golf industry in Australia. Host to some of the country’s most prestigious tournaments, you’ll get a stunning view of the Gold Coast skyline while working your way around the immaculate 27 hole golf course and driving range.

Consistently ranked in the top 30 resort golf courses in Australia, Palmer Golf Course is set among lakes, ponds, creeks, and native wildlife, and covers 65 hectares. A par-71 championship course, it has a reputation as one of the state’s best loved resort courses. 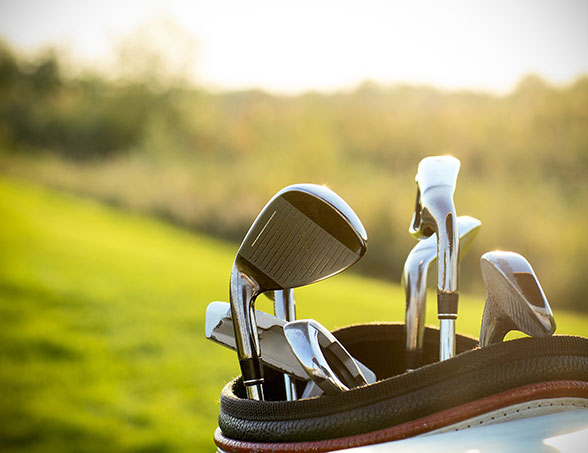 Gaining a ranking of 32 in Australia’s top golf courses courtesy of Golf Digest, this par-72 course was designed by Greg Norman. If you’ve only got time to play on one course while on holiday on the Gold Coast, the course at Brookwater is a great option. It offers reasonable fees and great golf opportunities.

If you’re looking for a haven away from the hustle and bustle of city life, head for the Southport Golf Club. Since 1924 it’s been attracting both members and non-members alike to tackle its 18 holes. While the first 9 can be completed with relative ease, the remaining holes are more than a little tricky. As the leading private members’ golf club in the area, access for non-members is restricted, although it is possible for golfers with current handicaps to play both social and competitive games.