For a Very Merry Christmas, Head to the Gold Coast

Getting the smaller half of the Christmas cracker. Slipping into a food coma straight after Christmas dinner. Doing ‘that thing’ at the work Christmas party. There’s much more to the festive season than this – especially if you get yourself and your family to the beautiful Gold Coast. Here are some very merry must-sees: 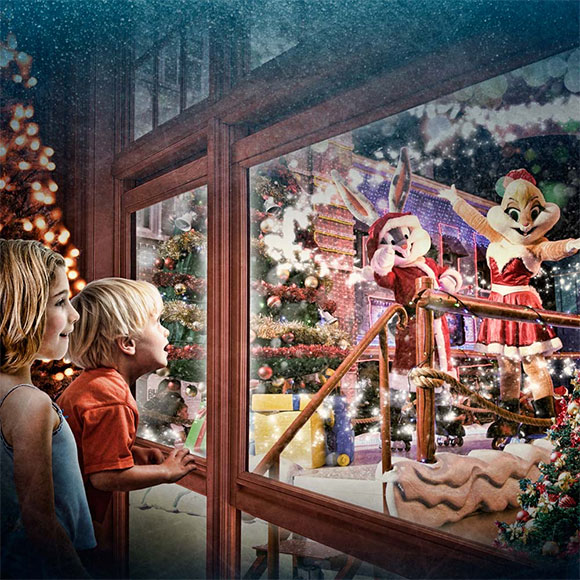 Expect snow-covered rooftops, twinkling fairy-lights, visits from Santa and live street entertainers. Brave your favourite rides from Superman Escape and the Green Lantern coaster to Batwing Spaceshot and Justice League 3D. Enjoy the Christmas Float Parade – if you’re lucky, your family might even win a starring role in it. In this winter wonderland, Christmas wishes really do come true.

Feeling the pinch this Crimbo? That doesn’t mean you have to miss out on all the fun. The Gold Coast is home to tons of free festivities – like the popular Christmas Carnival at The Marine Village Sanctuary Cove.

Leave your wallet at home and take part in the Christmas Carnival shenanigans between Saturday 13 and Sunday 21 December. 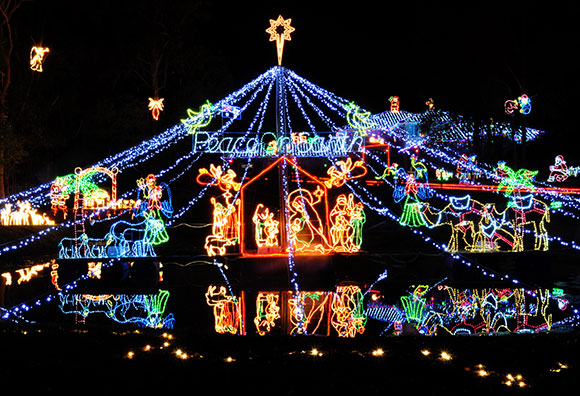 Who has the brightest, twinkliest and down-right kitschiest Christmas lights on the Gold Coast? There’s only one way to find out – this year’s City of Gold Coast Christmas Light Competition.

Bus tours run from Thursday 18 December until Christmas Day, leaving from The Arts Centre Gold Coast at 7pm every night.

Naked Santas… Life-sized dinosaurs… Dr Who daleks… You name it, they’ll put a twinkly bulb in it. And, for the first time in the event’s history, you can vote for your favourite Christmas light display. Simply send a text message between Monday 1 December and Wednesday 17 December – then just wait for the winner’s face to light up.

Surfers Paradise Carols on the Beach 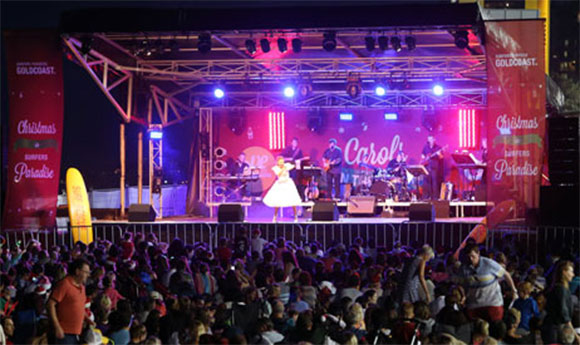 The big one is back – it’s Surfers Paradise Carols on the Beach. So pack a picnic hamper, round up the little ones, and enjoy a night of nostalgic music and modern merriment.

And the big crescendo? The night sky will be lit up with fireworks. All together now: ‘Oooooh!’. 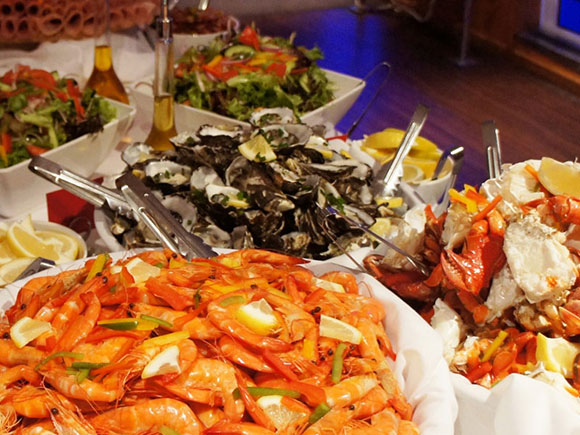 Imagine a Christmas without all the hassle of food shopping, sprout peeling, turkey basting and plate washing. Now stop imagining – and start booking your family a Christmas Day dinner aboard a Showboat Cruise.

Take a luxury liner along the Gold Coast’s sparkling waterways. Kick back and enjoy the live entertainment. Then dine on a buffet of traditional Christmas fair and the very freshest seafood. Christmas Day doesn’t get more relaxing than this. 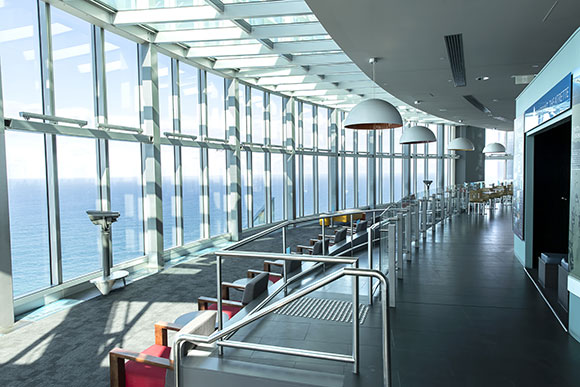 Start the new year on a high. Celebrate the countdown 230 metres above all the other festivities. Head to SkyPoint bar and observation deck – the highest vantage point on the Gold Coast.

From 7pm until 1am, you and your friends can enjoy dancing, canapés, a dessert buffet, panoramic views of the fireworks and live entertainment from Gee’d Up. But you’d better book your tickets soon – this extra special event sells out every year.